In his day, Frank Sinatra was America’s coolest crooner. This is what he had to say about Chicago: “…and each time I roam, Chicago is calling me home. Chicago is why I just grin like a clown — it’s my kind of town.” Today, Chicago remains a cool kind of town.

Chicago wasn’t always this way, though. For the past decade, Chicago commercial real estate has seen a boom like no other. Chicago commercial real estate investment is at a record high, and it’s due to a steady stream of corporate relocations, start-up businesses and trendy young professionals who are looking for authentic and unique spaces to work and live. Chicago offers them some of America’s coolest spaces.

Three main economic drivers are at work in Chicago. There’s been a huge growth in technology and other sectors as companies add to their workforce and expand their space. Suburban businesses are moving downtown or adding city satellite offices that are bringing demand for commercial lease space to an all-time high. Foreign investors also recognize Chicago’s commercial real estate values, and are pumping billions of dollars into the city. This is leading to a wave of other companies following the workforce and the talented workers who fill the spaces provided by cool new jobs.

From private developers to city government officials and from restauranteurs to concert promoters, the programs and trends for a sustained real estate boom — and its critical Millennial component — are expanding. Transportation-oriented development is a centerpiece of Chicago’s growth plan, along with a dedication to community colleges designed to serve the demands of tech, logistic, healthcare and other growth industries. Chicago’s reputation as a “foodie” and entertainment mecca keeps up with the adventurous, evolving tastes of the Millennials. They’re demanding — and getting — authentic and cool spaces to live, work and play.

Chicago has responded. Chicagoans are thinking differently, rejecting what’s comfortable for what’s bold and what’s safe for what’s unexpected. And it’s paying off!

Today, Chicago has some of the coolest spaces that serve four cultural spheres: tech, cuisine, fashion and entertainment. It wasn’t always that way, so let’s look at a bit of Chicago’s history before seeing where the really cool places are in today’s Chicago.

Chicago wasn’t always the cool, trendy and desired American city it is today. As immigrants moved west, they saw Chicago as a swampy lowland that was unfit for building. It wasn’t until national trade recognized Chicago’s location as a transportation hub between eastern and western America that it came into its own. Railways and canals were built in the heart of Chicago and it became a powerhouse in retail and manufacturing. Chicago began to influence the American economy.

The Great Chicago Fire of 1871 was a blessing in disguise, as it leveled one-third of the city and allowed the downtown to start from scratch with an efficient design and layout that proves highly effective, even today. Chicago rivaled New York when it came to architecture, and its skyline of skyscrapers boast some of the tallest ever built. The Sears Tower is now the Willis Tower, but the neo-gothic Tribune Tower is still the Tribune Tower.

What would Chicago be without Prohibition and the Speakeasies? Some of the best “green-door” buildings are being revived. They’re vibrantly serving patrons, and some of the spaces where Al Capone and the gangsters fought it out are trendy for foodies and hipsters. As it was in the Roaring ‘20s, Chicago is today’s perfect place for young entrepreneurs to break out.

From rail to road to air, Chicago’s location is ideally suited for sustained growth and connections. Its waterfront has unparalleled public access and the beaches and bike paths create spaces that simply can’t be found in other cities. Its sports teams are legendary and its entertainment unequaled. But what really ties old Chicago to the new and cool Chicago is the people.

Mix New York hustle with mid-western charm, generosity and hospitality, and you get Chicago. It’s the blue-collar past and the urban professionals that make new Chicago what it is. The people make the city, and the city makes the people. Now that’s cool!

As trendy spaces go, Chicago is one of the world’s best cities. Whether it’s work, food, arts, entertainment or great living places, Chicago has it all. Combine this with excellent transportation, the booming tech scene and an unmatched financial arena, and it’s a certainty that young professionals will continue flocking to Chicago.

Chicago is the third-largest city in America, yet there are plenty of spaces for people to call home. Many of Chicago’s older areas are reclaimed into the most unique places you can imagine. Here’s a look at the trendiest spaces Chicago has to offer.

With so many trendy spaces to live in Chicago, it’s tough to make a decision. Usually, a cool living area goes with a cool workspace, and Chicago has some of the best trend-setting businesses currently out there.

The booming commercial real estate scene in Chicago has produced some amazingly creative workspaces. Innovation in “cool” ranges from several hundred thousand square feet down to several hundred, but size doesn’t necessarily win the prize for being cool. Here’s a look at some of the best office spaces in Chicago.

Cool spaces to eat, drink and shop in Chicago are endless. Some are mainstays and have been serving Chicagoans for years, while some are new starts that are sure to compete.

The commercial real estate boom in Chicago has brought in thousands of young professionals who patronize cool places and generate the income to afford it. Touring around Chicago, these “it” spots stand out:

Theater, sports and event hosting help to make Chicago what it is. There are more on-trend spaces that cater to entertainment than you might imagine. With over 250 active theater groups in the cities and five major-league sports teams, Chicago has proven itself to be a showcase of cool.

Hotels, event facilities, arenas and theaters are spread throughout the city. They’re connected by a transportation system that smoothly serves thousands and thousands of young professionals who live in Chicago, as well as the multitude of yearly visitors. Let’s have a look at some of the coolest venues and entertainment spaces in Chicago.

We’ve covered just a few of the cool theater and event spaces in Chicago. Now for the big stuff! The city of Chicago is home to five major league sports teams that, in total, boast one Super Bowl, five World Series, six Stanley Cups and six NBA Championships.

Cool spaces where these legends hone their craft include:

Chicago’s commercial real estate boom has attracted corporations and startup business, and has produced some of the coolest spaces in all of America. The investment and management of corporate real estate has led to employment, housing, shopping, eating and entertainment destinations for thousands of trending young professionals who are looking for cool places and unique experiences.

But these young professionals bring more than talent and skills to the city. They also bring families, and no look at the cool spaces in Chicago would be complete without a peek at the spaces for kids. Here are some of the coolest:

CHICAGO: A COOL AND HAPPENING SPACE

After all that, who wouldn’t want to live in Chicago?

Home to nearly three million people and growing fast, Chicago has so much to offer young professionals and their families. At 33 Realty, we understand that and we’re proud of the city we call home. 33 Realty is one of Chicago’s leading commercial real estate investment and management companies, and we’re proud of that, too. Space in Chicago has never been so cool. Let us help you find yours! 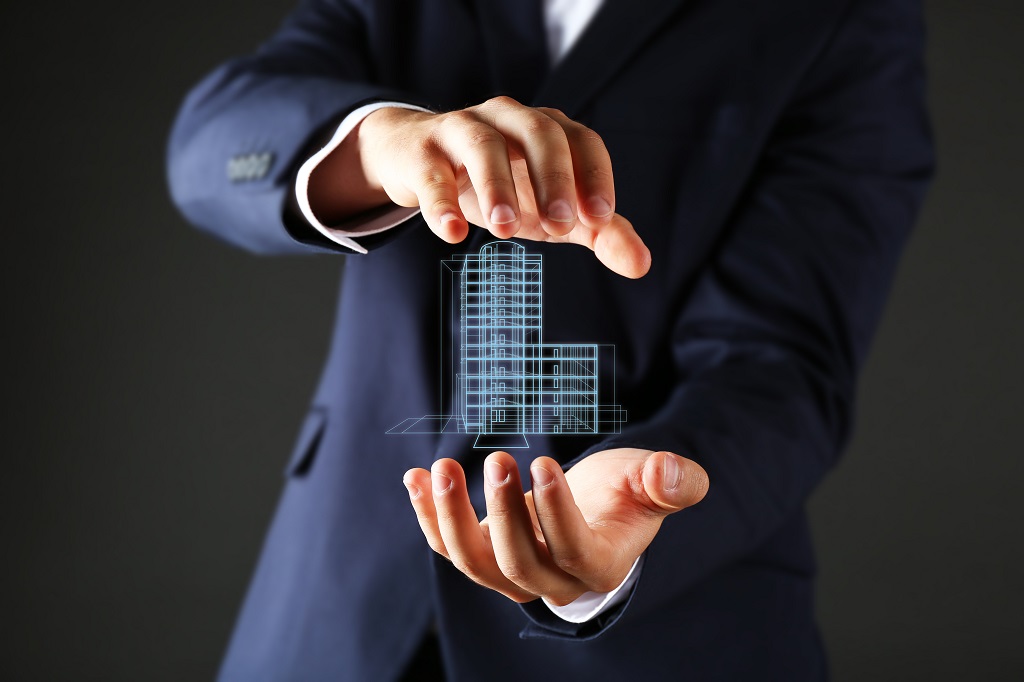 How to Choose a Real Estate Broker

Planning a real estate deal? Find out how to choose the right broker or real estate agent.